This video was commissioned by and is owned by the Conference of Presentation Sisters. All rights reserved.

The Nano Nagle: Woman of God script for this video was written and adapted from the book, Becoming Light, a 21st Century Retelling of the Life of Nano Nagle in Prose and Poetry by author and Dubuque Presentation Associate Barbara Ressler.

Books are available for purchase from the author. Email Barb Ressler at
nanonagle.becominglight@gmail.com for more information.

Who Will Light the Lantern (One Step Beyond) used with the kind permission of Liam Lawton.

“If I could be of service in saving souls in any part of the globe, I would gladly do all in my power.”—Nano Nagle 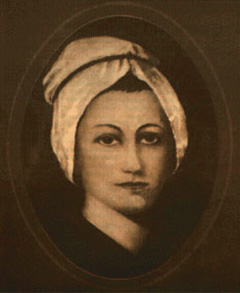 Born to a wealthy family in Ireland in 1718, Nano Nagle’s parents sent her to France to be educated since strict penal laws barred Irish children from attending school. She returned to Ireland after her father’s death in 1746; her mother died soon after. Prayer and reflection led Nano back to France to become a sister.

As Nano spent her days with the children, they would tell her of their sick friends or family members. Nano began to visit the sick and the elderly after school, bringing them food, medicine and comfort. She often made visits late into the night, carrying her lamp among the alleyways. Before long, Nano became known as the Lady of the Lantern.

Nano decided to open a convent where women could share the mission of Jesus through prayer, teaching and care for the sick and needy. Nano and three companions opened the first Presentation Convent in Cork, Ireland, on Christmas Day in 1775.

In 1784, at age 65, Nano died. She left her compelling vision of service to a growing community of Presentation Sisters. Her final words are emblematic of her timeless legacy, and they remain a guiding principle for the Sisters: “Love one another as you have hitherto done. Spend yourselves for the poor.”