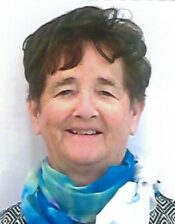 An Interview with Union US Sister Kathleen Pritchard, 60th Jubilarian

I am Sister Kathleen Pritchard, born and raised in County Cavan, Ireland. I entered the Presentation Sisters in my hometown, Bailiborough.

I was attracted to the Presentation Sisters because they were a missionary congregation serving in India and Pakistan. Mother Gabriel Monks produced a magazine entitled Presenting Christ. I enjoyed reading about the sisters and what their mission was all about. I would also visit with the sisters. Eventually, I was accepted as a postulant and now I am a diamond jubilarian! 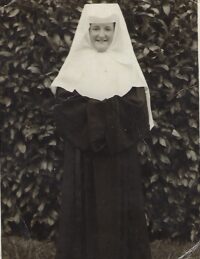 After my canonical year I went to Pakistan where I lived for seven years. They were very happy years, although, I found the adjusting difficult—loneliness and culture shock. The Ten-Day War between India and Pakistan in the 60s was a fearsome time. We had curfew and couldn’t go outside the municipality. It was something like COVID 19 lockdown now but for a different reason. Being together as international young novices from Ireland and Pakistan provided emotional and social support for us during that difficult political time.

In 1966, I was transferred to Cypress, California, US, where we had started a new mission. There I ministered in education ministry in the Dioceses of Orange, Los Angeles, San Bernardino and Sacramento. It was a very fulfilling ministry.

My next big transition in life was a transfer to Zimbabwe, Africa, in 1985 as regional leader for three years. It, however, stretched out to nine years due to the fact that we became a vice province. We had a catechetical institute to prepare catechists and teachers as well as other adult education centers and rural schools. We also had a boarding school for poor students from the villages.

The country went through great political unrest while I was there. It went from being known as the Breadbasket of Africa to a place of hunger, suffering and displacement of peoples. Everyone had to be careful of saying anything publicly for fear of being arrested. Families were divided politically and were afraid of one another. As sisters we had to be extremely careful as we were a mixture of African and Irish citizens.

It, too, was like a COVID-19 experience since the whole economy was shut down. My advice for our time now is to reflect on Nano’ s vision, courage and actions during her time. She lived through many pandemics: the penal laws, persecution of Catholics by not allowing them practice their religion or to have a Catholic education. How Nano chose to respond to the needs of her time arose from hours of prayer and contemplation every day. Her initiatives emerged by degrees. I believe that is how we are called to respond today.

I returned to the US in 2009. I became very ill soon after and spent two years in rehab. With great care my health improved and, I’m now living in Cypress, Calif. My main ministry is presence, prayer and advocating for pro-life issues.