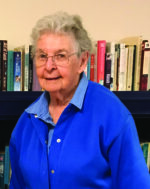 Sister Grace Gately (formerly Sr. Mary Vincent)
When young Grace Gately was pursuing her interest in religious life, she surprisingly entered into conversation with her gym teacher, who suggested she contact the sisters at another school she was affiliated with, the Presentation Sisters at St. Michael’s High School in Manhattan. She did, and eventually made that choice, and entered the community on February 2, 1945. Upon her reception, in August of that year, she was given the name Mary Vincent. She made a profession of vows in August of 1947. Sister’s long career in teaching began in Our Lady of Solace in Bronx, N.Y, and continued in other schools in New York, New Jersey and Florida. For several years Sister Grace coordinated religious education programs in these areas, and was dedicated to pastoral services in St. Paul Parish, Corona, N.Y. At present she volunteers her services in The Newburgh Ministry in the city in New York, looking back with gratitude on all these experiences as well as on the love and support of the sisters. 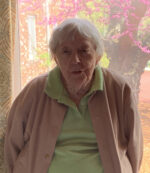 Sister Marie Sullivan (formerly Sr. Mary Mercita)
Sister Marie Sullivan entered the Sisters of the Presentation in Fitchburg, Mass., on September 25, 1945, and received the name Mary Mercita the following year at her reception. She made a profession of vows in August 1948. Sister taught and also served as a librarian for several years in Dioceses of Massachusetts and Rhode Island. Her work as a librarian also took her to the Red Cloud Indian High School in South Dakota for several years. Back in Fitchburg, she served as a music instructor at St. Anthony School and later volunteered her services in preparing children for the sacraments and working as a literacy instructor. At present, she lives in Leominster, Massachusetts. 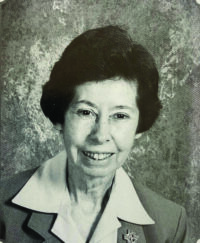 Sister Sarah Ryan (formerly Sr. Mary Consilia)
Sister Sarah graduated from Mount St. Ursula in the Bronx, N.Y., in 1950 and entered the Presentation Sisters in Newburgh that same year. Sister Sarah was a versatile educator during her long teaching career. Her career began at St. Andrew’s in Clifton, N.J., and continued at St. Jude’s in Manhattan. In 1965, Sister’s focus changed to Burke High School in Goshen, N.Y., Cathedral High School in Manhattan, N.Y., Cathedral Prep Seminary in Brooklyn, N.Y., and St. Michael’s Academy in Manhattan, N.Y. Her diverse skills brought Sister Sarah to Ascension School and Notre Dame School, both in New York City, where she filled roles as vice principal, religion department chair and librarian. Since 2015, Sister Sarah has contributed to various projects, most recently tutoring a young foreign student enabling him to make up serious gaps in his education.

When asked about challenges she has faced in her religious life, Sister Sarah shared the following. These challenges have prepared her to put her faith in God and face whatever comes her way.
On my first teaching assignment, I was assigned to teach second grade. When I got to Goshen I learned that it would be second grade and half of third grade. Teaching two grades together was a definite challenge for a new teacher. The next year I was assigned to all of grades 2 and 3 for a total of  79 students.

When I took the job at Notre Dame High School, I agreed to teach Old Testament to seniors and New Testament to sophomores, as well as serve as the librarian. Upon arrival for the first day, I found all the library books were on the floor (in no order). I had to figure out how to arrange them according to the Dewey Decimal System.

Other than teaching I have also been involved in the “House of Prayer” movement, organizing places where groups could spend three weeks or five weeks during the summer.  I organized and lived in the Manhattan House of Prayer for 11 years – until a new pastor had other ideas for the convent.

I was the first  non-Jesuit coordinator of the Woodstock-St. Paul  Community, a group celebrating a Sunday mass at Columbia University. 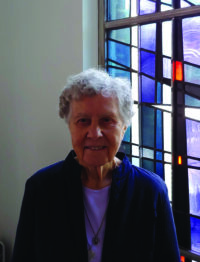 Sister Noreen Perelli (formerly Sr. Mary Richard)
Sister entered the Presentation Sisters in September, 1950, after graduating from St. Michael’s Academy in Manhattan, N.Y. From 1953 to 1983, Sister Noreen taught in several schools including St. Andrew’s in Clifton, N.J.; Holy Rosary, St. Frances of Rome and Our Lady of Solace in the Bronx, N.Y.; and St. Mary’s in Fishkill, N.Y. Sister Noreen’s familiarity with the Bronx served her well when she ministered as pastoral minister for Immaculate Conception Parish in the Bronx until 2011. In her retirement years Sister served as IPA short-term representative at the U.N. and continues as a pastoral visitor in the parishes of the Wakefield section of the Bronx, N.Y.

Sister Noreen shares how she came to be a Presentation Sister and the gifts this vocation has given.
September 8, 1950, was a Friday, a fish day. I was 17 years old, and it was the day I had been waiting for almost 10 years. It was the day that I would leave my Bronx home to enter the congregation of the Sisters of the Presentation of the Blessed Virgin Mary. I left the house in mid-morning and walked to the 205th Street D train line station. At the next stop, Bedford Park, I met my Aunt Mamie Gray, who would accompany me on the long trip to Mount Saint Joseph, Newburgh, New York.

The night before, my sister Margaret and I went to a neighborhood Italian restaurant for spaghetti dinner. Since I was entering an Irish congregation, we thought it would be the last time I would see spaghetti and meatballs. Growing up in an Irish household, my mother concentrated on Irish cooking. At that time, both my mother and brother Joe were hospitalized, and my brother Jerry was in the Korean War. My father had died in 1938 when we were young. My sister was employed and had to go to work at NBC.

My Aunt Mamie and I took the train to Manhattan and from there a train to Beacon, N.Y. We crossed over the Hudson River by ferry and went to a small diner on Broadway for a lunch of a grilled cheese sandwich deluxe. We then hailed a taxi and took our final journey to Mount Saint Joseph on Little Britain Road, the home of the Presentation Sisters. As the taxi drove up the pebbled pathway to the Novitiate building, two sisters came down the road to greet us. To this day, that image is engraved in my memory. I knew these sisters since I had them as teachers at St. Michael’s Academy. Sister Mary Jerome, my novice mistress, had been transferred the year before, and Sister Mary Jude had been assigned to the novitiate right before I entered. In the words of a Shaker hymn, “I was where I ought to be.” I was where I wanted to be.

I first met the Presentation Sisters when I was very young. As a family, we would go to St. Michael’s Convent on West 33rd Street to visit my grandfather’s cousin, Presentation Sister Mary Dominic Devery. When I first saw her, I made up my small mind at that time that I wanted to be like her. Over the years, my desire never changed. It was always my intent to become a Presentation Sister. I graduated from St. Michael’s in June of 1950 and entered in September. How fortunate I was to have complete support from my family. There was no obstacle in my way that would have prevented me from entering. My joy was their joy. They were as happy as I was.

Over the years, there were good times and bad times, joyous occasions, and sad occasions, but as I look back, all of it helped me to be who I am today.

Since that Friday in September of 1950, I am eating meat on Fridays now. I have had many spaghetti and meatball dinners and grilled cheese sandwiches deluxe on any day.

In a recent reflection that I read, an Ignatian prayer asks for the grace to want what God wants. I have asked, and I am very happy to say that both God and I wanted the same thing.