It was like any other ordinary wintery day in January … until it wasn’t! 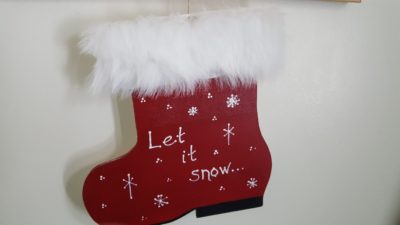 The whimsical wintery image above hangs in my front entrance, a 50th birthday gift from one of my kindergarten classes a few years back!  The original songwriter could never in his wildest dreams have envisioned what we endearingly now call our “Snowmageddon 2020” here in Newfoundland and Labrador, Canada.

What turned out in mid-January to be what has been called the storm of the century, or for as long as records have been kept, brought with it extreme challenges of every kind. Over the course of up to 36 hours it had pummelled us with up to 100cm of snow, falling at a rate of 10cm per hour at times. That would equate to well over three feet of snow for those not yet gone metric! 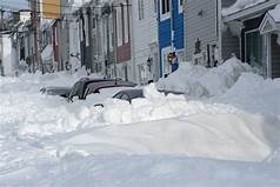 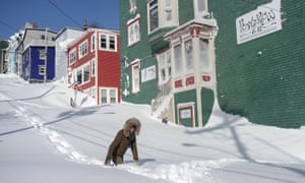 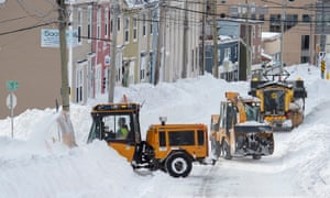 The snow equally blanketted streets, parking lots, lawns and parks, burying cars, blocking doorways and often piling drifts that blocked even second storey windows. Everything came to a halt as a state of emergency was declared, lasting all week. Even the army had been brought in to help with the snow clearing, including helping to shovel out people, particularly the elderly, who were trapped in their homes by snow drifts, the like of which had never been seen before. The  clean-up continues as new weather systems move in and out bringing yet more snow, and happily the occasional rain and fog that help diminish the snow mounds.

Neighbours and strangers alike came to the aid of one another, with it bringing out the best of humanity, as extreme times always do. Taking it all in their stride in the spirit of those who have gone before us and had endured numerous, unimaginable hardships along the way, people also came together in an amazing display of resourcefulness and creativity to help both themselves and each other, and also to enjoy the great outdoor fun possibilities that winter generates.

Mark Critch, a well-known TV personality from CBC’s “22 Minutes” and a true ambassador for all things NL, captured magnificently the true spirit of Snowmageddon 2020 NL, seen here as he appeared on CBC National News with his “Ode to NL – Snowmageddon 2020 NL” at the height of things.

In a widely circulated video clip, a reporter from CBC News was knocked over by powerful gusts of wind while providing updates on the storm … winds that gusted up to 150km an hour at times. Happily unhurt, his sense of humour and his resilience see him through, other traits that serve us well amidst adversity.

Here are a few other video links you may enjoy … just like being here!
Snowboards and street parties: Making the most out of an epic storm

NL Blizzard as seen by you

One last link … to a MUN Gazette article I found on-line from one of our 1st year Memorial University NL students, Emma Troake:   “Snowmageddon2020: State of emergency lessons from Gazette student columnist” ... here is a clip … a delightful read …

“The extraordinary storm brought many difficulties, such as blocked roads, power outages and more. However, the residents didn’t back down. While a storm like this might have caused panic and hostility in some places, it brought forward a lot of generosity and kindness …

In the face of adversity, we don’t give in, we rise up.
We make sure no one is in need. We find the fun in the situation.”

Below is the view from my house … before and after the shovelling and snow blowing … and the “storm chips” and water that helped with the shovelling. I live on Guzzwell Drive. In the last photo, a neighbour had placed our NL flag on top of the snowbank in front of their house and had spray painted “Mount Guzzwell” on it … a daily chuckle until it got covered in snow again! 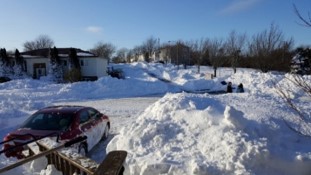 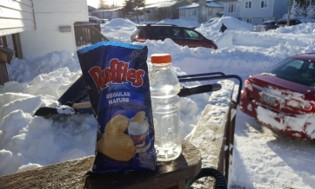 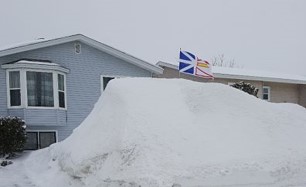 Enduring thanks run deep and for so many that the list is endless … the faithful and tireless city workers, emergency workers, service providers, working long and hard, often doing double and triple shifts when replacement personnel could not make their way in, etc. … and the snow blower and shovelling angels, including the Army Reservists who came from other parts of our great land, all of whom remind us of what it is to be good neighbours … to “Love one another”.

That also includes two delightful and inspiring 10-year-old neighbours of mine who had crawled over my own snowbanks to see if I wanted some help! They were also looking for ways to earn money, having already sent some of their savings to help the animals in the fires in Australia!

The world is full of good people … and goodness … “Godness” …
which is who we are.
It’s times like these when that goodness shines best! 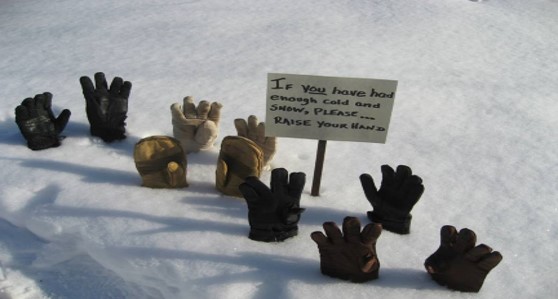