The Aberdeen congregation honored five jubilarians with Mass and a celebration at Presentation Heights on Saturday, June 5. Daily, they continue living out their vocational call, working for justice, alleviating oppression and speaking out for those without a voice. We thank them for their over 300 years of service to those in need and for making our world a better place for all to live. 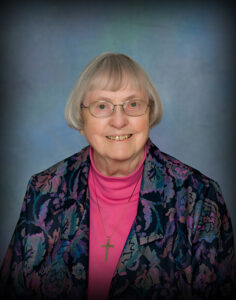 Knowing she wanted to teach children about God, Sister Jean followed her heart and became a teacher. For 45 years, she shared her love of learning by enriching the lives of students, both as a teacher and principal in Catholic schools throughout South Dakota, Minnesota, Montana and New Mexico.

Her ministry transitioned and Sister Jean worked in parish ministry for 15 years in Huron, S.D. She continued sharing her compassionate spirit with the parishioners as she taught bible studies, visited those in the hospital and by taking communion to the homebound. Feeling called to do more for those less fortunate, Sister Jean started a thrift store called the St. Francis Shop. 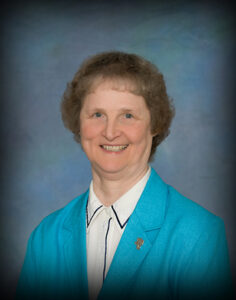 Sister Ruth Ann Geraets was raised on a farm near Dell Rapids, S.D. She attended Northern State University, earning a bachelor’s in elementary education and mathematics. She went on to complete a master’s in pastoral studies at the University of St. Thomas, St. Paul, Minn.

For 21 years, Sister Ruth taught in Catholic Schools in Anoka and Mount, Minn., and Madison, Mitchell, and Aberdeen, S.D. Her ministry then led her to McDowell County, W.V., where she worked with Catholic Community Services and those made poor as coal companies were leaving the area. Her compassionate heart led her back to South Dakota where she directed shelters for women and children on the Cheyenne River Reservation and later did parish ministry. She was formation coordinator and director of novices from 1999-2011 and in January 2008, was appointed congregational treasurer, a position she still holds today.

Sister Ruth began collaborating with Seventh Generation Interfaith Coalition for Responsible Investment in 2008 serving on the board for six years. Together, they engage corporations through dialogue and resolutions, promoting a more just and sustainable world. She also served nine years on the Presentation College Board of Trustees. 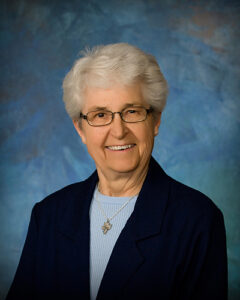 Sister Mary Jaeger was born in Wagner, S.D., and grew up on a farm near Geddes, S.D. She earned a registered nursing diploma from Presentation School of Nursing, a bachelor of nursing from Marquette University, Milwaukee, Wisc., and a masters of nursing from the University of Wisconsin, Milwaukee, Wisc., with additional studies in cardiac care and clinical pastoral education.

Sister Mary shares her spirit with individuals and families throughout her ministry by serving in staff nursing, nursing management, and teaching nursing at Presentation College in Aberdeen, S.D., and University of Wisconsin, Milwaukee. She was the founder/coordinator of Prairie Hospice at St. Joseph Hospital, Mitchell, S.D., and ministered as the director of community health with the South Dakota Department of Health from 1982 – 1986.

She served as vice president of ambulatory care with Presentation Health System, in mission services at (Avera) McKennan and as director of mission, Avera St. Anthony’s Hospital, O’Neill, Neb. She has also served as an Avera System Member and member of several Avera Health Boards.

Currently, she is an Avera Health board member and involved in volunteer ministry at Avera Heart Hospital and Avera McKennan Hospital. She also enjoys camping, reading, and sewing. 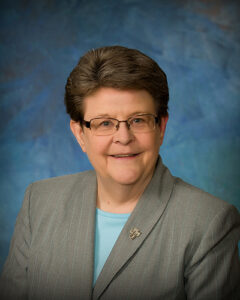 Sister Janet Schumacher is grateful for her faith-filled parents and family legacy.  Her hometown is Ipswich, S.D.  She earned a bachelor’s in elementary education from NSU, Aberdeen, S.D., and a master’s in theological/pastoral studies at Jesuit School of Theology, Loyola University, Chicago, Ill.

Sister Janet expressed her love of learning with elementary students in Catholic schools in South Dakota and Minnesota. For the last 40 years, she’s been inspired while both receiving and sharing her boundless spiritual gifts through retreats, spiritual direction and pastoral care.

She has facilitated retreats for her community, individuals at retreat centers and on university campuses.  She’s been privileged to accompany cancer or hospice patients and their families with her pastoral gifts at the June E. Nylen Cancer Center, Sioux City, Iowa. A cancer patient’s favorite prayer to share is, “Thank you, God, for this much.”

Adapting due to COVID-19, Sister Janet continues her spiritual direction ministries and hospice volunteer service in the Siouxland areas. She serves on the Avera Holy Family Board, Estherville, Iowa, and supports the work of environmental justice and Siouxland Against Human Trafficking. 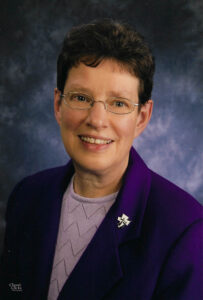 For 20 years, Sister Janet inspired her high school students through her teaching and campus ministry efforts in Aberdeen and Dell Rapids, S.D., and Omaha, Neb. During this time, she organized several mission trips to Mexico where her love of the Hispanic culture blossomed.

After additional studies, Sister Janet spent a year ministering in Guerrero, Mexico. Returning to Omaha she ministered with the Latino population at Our Lady of Guadalupe Parish for 10 years.

In 2002, she joined other Presentation Sisters in establishing a corporate hispanic ministry, Caminando Juntos, in Sioux Falls, S.D. As a DOJ-sccredited representative, she walks with newly arrived Latino immigrants providing immigration legal services and offering hope as they make a new home.

In her spare time Sister Janet enjoys the beauty of walking in nature, catching walleye on the river and cooking on the grill.