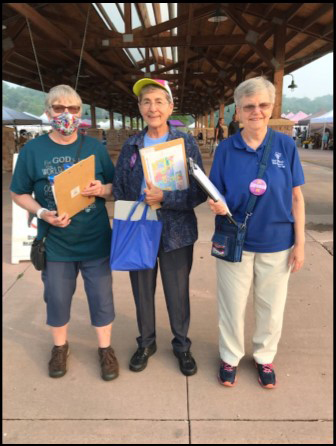 Several of our sisters and cojourners are doing voter petition drives in South Dakota in our work for justice.  You will find Sister Pegge Boehm and me, along with Cojourner Mary Ihli, at the Sioux Falls farmers’ market each Saturday inviting voters to sign a legislative redistricting petition. 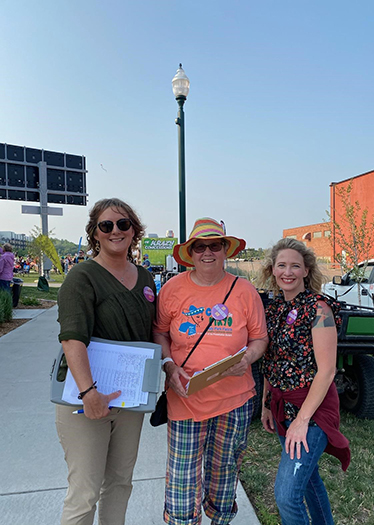 As in many other states, the South Dakota legislature redraws legislative voting districts every 10 years, using data from voter registrations to configure the various districts, rather than using population distribution. This is called gerrymandering.  Encasing many voters of one political party into one voting district distorts the representation from that district in all elections. Gerrymandering allows for the ruling party to ‘pick’ their voters and thereby to pre-empt the bills that will become codified by the legislature.

Since district lines are drawn for 10 years, and elections include school board, city and county issues, as well as those before the state legislature, gerrymandering offends the democratic process at all levels of government.   Thus the Presentation Sisters and friends are assisting the League of Women Voters who have initiated DRAWN TOGETHER, a voter initiative to move redistricting tasks out of the legislature and to a special commission which represents all the people of the state.

Pope Francis says, doing justice is not an option for the Christian.  As Sister Kathleen Bierne and I continue to serve as lobbyists during the annual legislative session, I’m wondering if when Nano challenged us to be willing to go anywhere in the world to save souls, that is, to work for justice and human dignity, if she possibly could have meant the South Dakota legislature?  Justice is our work!