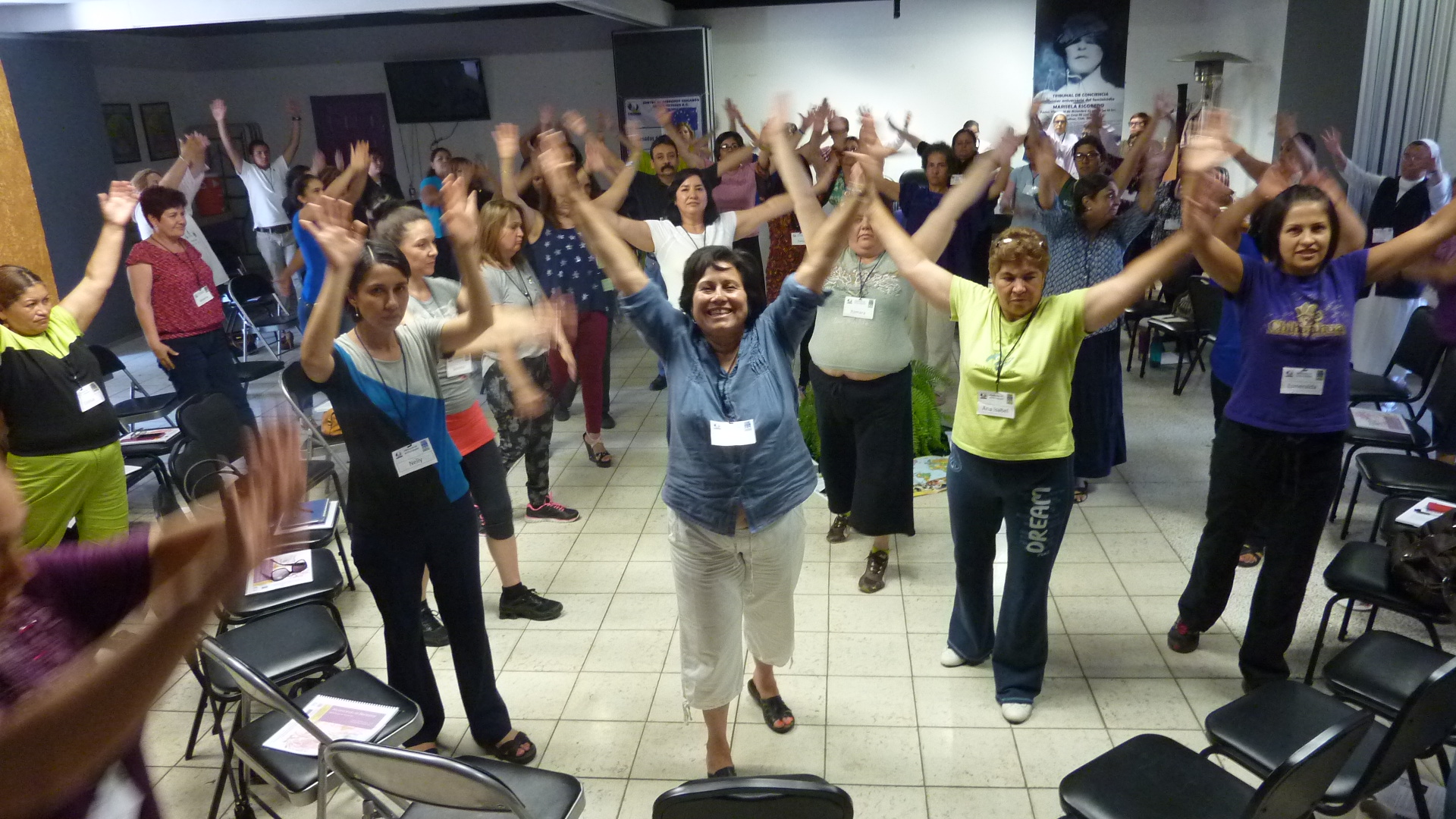 Patricia Mathes Cane, Ph.D., is an associate of the Sisters of the Presentation, San Francisco, California, and an alumna of Our Lady of Loretto High School, Los Angeles, Class of 1958. She is the founder and director of Capacitar.

Capacitar is an international network of empowerment and solidarity whose mission is “Healing Ourselves, Healing Our World.” Capacitar teaches simple practices of healing, team building and self-development to awaken people to their own source of strength and wisdom, so they can reach out to heal injustice, work for peace and transform themselves, their families and communities.

For the last five years, using a popular education approach, Capacitar has worked with grassroots people in over 42 countries in the Americas, Europe, Asia, Africa and the Middle East. Capacitar is especially committed to people and communities impacted by poverty, war, violence and natural disasters. A significant value now being promoted by human rights organizations around the world is self-care for activists on the frontlines. There is greater consciousness of the trauma and burnout experienced by those working to bring peace and justice to places of war, violence and corruption.

Human Rights Defenders from Mexico and Central America at a Capacitar training.

A recent Capacitar training in Oaxaca, Mexico, for the Mesoamerican Women’s Consortium of Human Rights Defenders involved 53 women from 12 states of Mexico, as well as from El Salvador, Honduras and Guatemala. The women were lawyers, psychologists, social workers, teachers, healers, grassroots leaders and activists representing a broad cross section of organizations involved in working for human rights for women, children, indigenous, land or water rights and gender violence. Some of the women at the training conference had suffered death threats or threats to their families. Others had been imprisoned or threatened by police or authorities. All came to the training with some level of secondary trauma, post-traumatic stress disorder (PTSD) or health problems. After three days, they left Oaxaca strengthened with the Capacitar practices and empowered to continue their courageous work with renewed energy and vision.

Capacitar has been named as a resource for self-care in different manuals for activists including, the Guidelines on Security of the Norwegian Human Rights Fund, Trocaire’s Manual for Partners at Risk and the Women’s Consortium. Capacitar is developing its own manual for persons working with human rights and with Families of the Disappeared, in collaboration with CEDEHM, The Chihuahua, Mexico Office of Human Rights for Women. 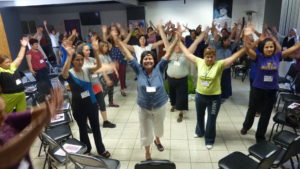 At the US/Mexico border, Capacitar teams are working with refugees, undocumented persons, unaccompanied refugee minors, and with people who accompany them. In the El Paso, Texas, detention center, a Capacitar team, in collaboration with Jesuit Refugee Services (JRS) under Homeland Security, facilitates regular trauma healing workshops for men and women in detention. JRS chaplains from six United States detention centers are currently in the Capacitar El Paso training. A new Capacitar manual, Refugee Accompaniment, offers simple healing practices for use with refugees and for self-care for those working in border communities, in legal aid, in crisis response, in detention centers and in places of risk. A Capacitar Emergency Kit of Best Practices is available in 22 languages for download from the website: www.capacitar.org.

In 2017, new outreach for Capacitar includes work in Lebanon, the Philippines and Alaska. In San Antonio, Texas, a new training will involve people who accompany refugees and detained persons. Capacitar trainings are also scheduled for Scotland, England, Ireland, Northern Ireland, Wales, Afghanistan (to work with the Afghan Peace Volunteers), Toronto, Canada, Lebanon, Palestine, Israel, Guatemala, Panama, Korea, Japan, Argentina and Mexico, along with trainings in El Paso, Texas and Ciudad Juarez, Mexico, Tucson, Arizona, and Santa Barbara, California. In Okinawa, Japan, Capacitar will start new work focused on healing sexual violence, as well as new outreach to schools with the publication of a Japanese manual for children and teachers. In Africa, Capacitar teams will work in South Sudan, Nigeria, Democratic Republic of the Congo, Rwanda, Tanzania, and Kenya, among other areas.

In all of the places where Capacitar works there are so many people of hope and vision, committed to bringing justice, peace and healing to the world. When asked if Capacitar still has hope, Pat says, “Just look around and see the many grassroots people, especially those who live and work in extreme poverty, violence and oppression. Their strength, courage and love in the face of it all—that’s what gives us hope!” 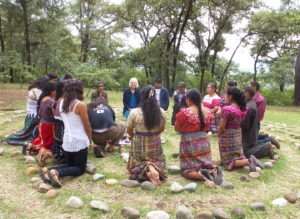 Mayan health promoters from Quiche, Guatemala, praying for the Capacitar groups in Afghanistan.

In the words of the Capacitar prayer: “We join with the earth and with each other to bring new life to the land, to recreate the human community, to provide justice and peace, to remember our children, to remember who we are. We join together as many and diverse expressions of one Loving Mystery, for the healing of the earth and the renewal of all life.” 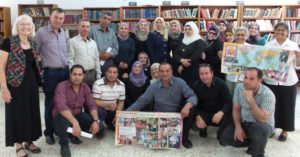 Capacitar training for Palestinian teachers and counselors of the Jenin Ministry of Education, which includes two Presentation Sisters from India on the right, holding the world map.