Four Sisters of the Presentation will celebrate jubilees to mark significant milestones in their lives as women religious at a community celebration on Sunday, April 30, 2017, at the Presentation motherhouse in San Francisco. Each is celebrating 60 years from their entrance in the congregation. They are Sister Catherine Mary King, Sister Lucia Lodolo, Sister Helen Matosich and Sister Rosemary McKean.

Two Sisters of the Presentation celebrated 70 years from their entrance in the order at the Archdiocese of San Francisco Annual Consecrated Life Mass on February 5, 2017, at Saint Mary’s Cathedral in San Francisco. They are Sister Joanne O’Shea and Sister Janet Harris. In addition, Sister Lucia Lodolo marked 60 years at the annual celebration. 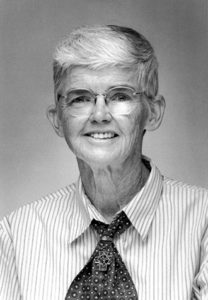 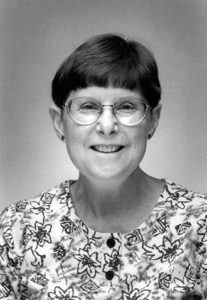 Sister Lucia Lodolo (religious name Sister Mary Anthony Daniel) is celebrating 60 years. She earned her bachelor’s in education and her master’s in religious education from the University of San Francisco. She taught in Catholic elementary schools in San Francisco, Los Angeles, Montebello and Morgan Hill. In 1974, Sister Lucia became a pastoral associate at Saint Teresa Parish in San Francisco and she spent 35 years serving in that position. In 2006, she helped found The Lantern, a hospitality and education center for immigrants sponsored by the Sisters of the Presentation in the Mission District of San Francisco. Currently, she ministers at the Saint Anthony’s Foundation, visiting residents of downtown hotels, and at Saint Anthony’s Dining Room.

Sister Helen Matosich (religious name Sister Mary Alphonsus) is celebrating 60 years. She earned a bachelor’s in education from the University of San Francisco and a certificate of training in pastoral ministry from the Dominican School of Theology, Berkeley. She taught elementary school for 14 years in Presentation schools in San Francisco and San Jose. After receiving a certificate in spiritual direction, Sister Helen served in liturgy, catechetical and pastoral ministry for parishes in West Oakland, San Jose, Sunnyvale and Santa Clara. In 2002, Sister Helen began a new ministry giving workshops in prayer journaling and in personal and spiritual growth in the second half of life. She is also an artist working in the media of clay and collage and more, which she shares with the sisters at the motherhouse in San Francisco. 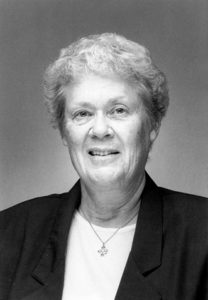 Sister Rosemary McKean (religious name Sister Mary Donald) is celebrating 60 years. Sister Rosemary earned a bachelor’s in education and an elementary teaching dredential from San Jose State University before entering the convent. She taught in public schools for three years in San Lorenzo. In 1965, she earned a master’s in education from the University of San Francisco. She also holds credentials in administration, reading specialist and learning handicapped education. Sister Rosemary taught in elementary schools in the Bay Area and Albuquerque, New Mexico. For 28 years she taught children with special needs at Saint Christopher School, San Jose. Throughout her life, Sister Rosemary has been involved in work in promoting environmental justice and sustainability for the future. 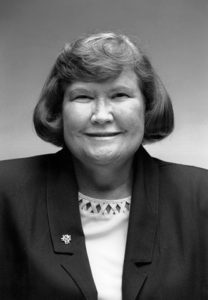 Sister Joanne O’Shea (religious name Sister Mary Evangelist) is celebrating 70 years. Sister Joanne earned a bachelor’s in education from the University of San Francisco. From 1949 to 1977, she taught junior high school students in Catholic schools in San Francisco, San Jose and Los Angeles. During those years, she served as vice principal of Saint Christopher School, San Jose, and principal of Cathedral Intermediate School, San Francisco. In 1977, Sister Joanne became director of religious education at Nativity Parish, Menlo Park. From 1982 to 1990, she served as a case worker and later as director of the Home Care Program in the Office of Aging at Catholic Charities, San Francisco. From 1990 to 1993, Sister Joanne ministered as pastoral associate at Saint Mary Magdalene Parish, Berkeley. In 1993, she became a case worker with court conserved frail elders in Oakland for two years. Since 1997, Sister Joanne has volunteered at the intensive care nursery Children’s Hospital in Oakland; A Friendly Manor, a drop-in center for homeless women in Oakland; and at The Lantern in San Francisco. She continues to minister to the sisters at the motherhouse in San Francisco. 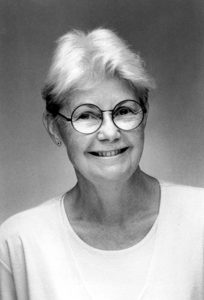 Sister Janet Harris (religious name Sister Mary de Montfort) is celebrating 70 years. Sister Janet earned her bachelor’s degree at the University of San Francisco. She taught at the elementary and secondary levels, including 10 years at Our Lady of Loretto High School, Los Angeles. In 1974, Sister Janet completed an master’s degree in film from Loyola University, Los Angeles. Her thesis on Los Angeles gangs served as a catalyst for her ministry as a prison chaplain and gang counselor. Work with gang members in East Los Angeles in the 1970s led to her being featured in People magazine, the Merv Griffin Show, and “O” The Oprah Magazine. As head of detention ministry for the Diocese of San Bernardino in the 1980s and 1990s, and later as Catholic chaplain at Central Juvenile Hall, Los Angeles, Sister Janet worked closely with incarcerated youth, often using writing as a means of helping them to express themselves. In 1997, a group of professional writers and Sister Janet started the Inside Out Writing Program at Central Juvenile Hall. This program became a vehicle of change for many young offenders and led to the publication of their writings. Currently, she serves in the ministry of prayer.