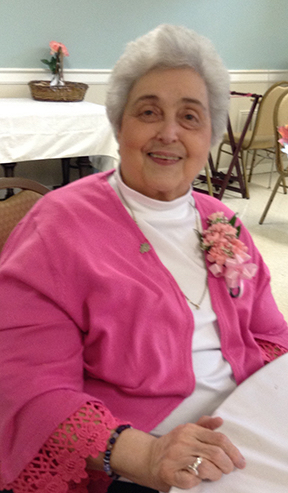 The Bush Foundation comes from the legacy of Archibald Bush. He is the founder of the 3-M company and he and his wife began a foundation that was designed to serve Minnesota, South Dakota, North Dakota and the nine Native tribes within these three states. I first became aware of this gift to our area in 1977 when I applied for and received a Bush Summer Fellowship and attended a six-week course in child development at Brigham Young University. That was not only a help academically and professionally for me but it also provided one of my first real experiences of being a minority. I was a Catholic sister on a totally Mormon campus. But that is another story!

The Aberdeen Diversity Coalition emerged about five years ago from the roots of an earlier diversity committee that began in Aberdeen in about 2004. The movement was re-vitalized by several Lutheran and Methodist pastors in town who were concerned about the negative attitudes toward newly arrived immigrants and refugees coming to Aberdeen to work primarily at the newly opened beef plant and Molded Fiber Glass. The current coalition re-opened the 501c3 and began looking for funding to support our efforts to bring about better understanding between and among divergent cultures. At this time there are about 30 groups in the Aberdeen area who are stakeholders in AADC. Under the leadership of Naomi Ludeman Smith, our current board chair, the AADC applied for and received a grant of $20,000. With that financial help, 31 people from the Aberdeen area were able to attend a gathering of 1100 others, representing many areas and diversities present in this mid-west area served by the Bush Foundation. The gathering was called bushCONNECT 2018 and was convened at the Guthrie Theatre in Minneapolis. Prior to our attendance, all of those attending under the grant were given opportunities for pre and post instruction and discussion regarding our own prior experience with diversity. The day and a half experience in October provided multiple opportunities to network, learn from, and have vicarious experiences of the amazing diversity in our three state, nine tribe area.

What inspired me the most from this day and a half of immersion? I think my most prominent learning was breadth of diversity that was present. I was also impressed by the number of young people in attendance. I was definitely among the oldest person there and I was excited to see the bonding that was occurring among a broad age diversity as well as race and cultural diversity. Aberdeen, thanks to the generosity of the grant we received, probably had the largest total number of people present. We were well prepared by having the preparation sessions before we went.  The encouragement to withhold judgment, to listen and to dialogue with diversity is a message that I, and I believe all who were privileged to attend, will take to heart in the days ahead.