The Sisters of the Presentation of the Blessed Virgin Mary were founded by Nano Nagle in Cork, Ireland, for the purpose of educating poor children.

Ten communities of Presentation Sisters were founded in North America over a 57-year period.

Pope Pius XII invited the North American religious communities to converge at the University of Notre Dame, Inidiana, with the intention of encouraging stronger connections within and among them.

The Conference of Presentation Sisters began under the title of North American Conference. A meeting was held at Mount Loretto Motherhouse in Dubuque, Iowa and ten Presentation communities began to communicate on issues of ministry, spirituality and social justice.

May 17, 1981 – Meeting of Presentation Superiors General

Presentation Superiors General met in Rome to discuss ways to promote a worldwide concept of Presentation life and mission and to establish more visible links between Presentation Sisters throughout the world.

Collaboration went beyond North America with the first international assembly of the Presentation Sisters in Melbourne, Australia.

1989 – The International Presentation Association is established

After many meetings and the establishment of a coordinating team, each congregation indicated their willingness to be a prt of the International Presentation Association. IPA was ritually established at a liturgy, prepared by the Indian Sisters and celebrated in every community on April 26. 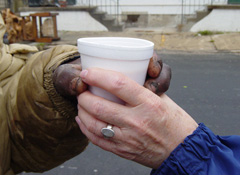 The collaborative aspect of this ministry meant all the congregations shared funding responsibility and sisters serving in ministry there. Hurricane Katrina shifted some of the ministry focus, but the sisters were able to adjust their ministry presence to meet the immediate needs of the area. 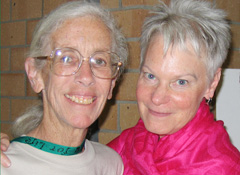 The Convergence gathering was held in St. Paul and brought together over 400 Presentation Sisters and their lay associates. Time was spent in meetings, prayer, music, conversations and general rejoicing.

The gathering ended with renewed enthusiasm and commitment to carry on the mission of Jesus as it was exemplified in the life of Nano Nagle, foundress of the Presentation Sisters. Over 125 recommendations for further collaboration were presented to the leaders of the Conference for consideration.