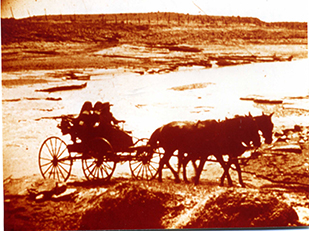 The Aberdeen Presentation Sisters continue their partnership with Sioux Falls Woman Magazine, promoting the mission of the Sisters. As we take time to nurture our own flame within, let us draw strength from those who came before us, those that answered the call and embraced the journey. The April/May issue focuses upon the journey to Dakota Territory. This issue features Presentation Sisters Archivist Kathleen Daly.

Nano Nagle was the foundress of the Presentation Sisters in Irelandand she dreamed of the sisters going out among the world to minister.In March 1880, after an invitation from Bishop Martin Marty to come teach the American Indians and French settlers, six women began the journey from Ireland to Dakota Territory.

According to Kathleen Daly, archivist for the Presentation Sisters, Mother John Hughes, Mother Agnes Hughes, Sister Teresa Challoner and three unidentified young novices boarded a ship to begin the 12-day sea voyage. When they arrived in New York, Father Malo directed them to St. Michael’s convent, so they could learn how to teach in America before heading to Dakota Territory. Once ready, they took a train to Chicago, Omaha, Sioux City and finally arrived in Yankton. They were unable to continue by train, so they boarded a sternwheeler named Josephine and traveled up the Missouri River.

The river journey washazardous. There were shifting sandbars, storms and at one point, the barge capsized resulting in the women’s belongings falling into the river. However, they were able to retrieve some of their items. 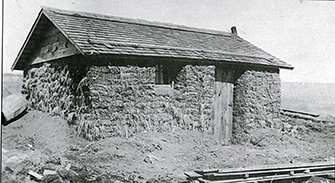 Finally, they arrived in Wheeler, but were shocked by what they saw: flat, treeless prairies. There were American Indians and French settlers in the area, but not much else.  The women tried to make themselves comfortable in a sod house. Daly explained the women were welcomed by the Dakota Sioux community and received hospitality from them. The American Indians were seen as guardians, bringing them wild game and fish, essentially helping them survive their first winter.

The sisters came to the area with the understanding they may never return home or see their family again. Once they arrived, theneed for additional help was apparent, so they wrote home advertising for assistance. Daly said the ad for the work was serious andblunt.

“The ad read, ‘We offer you no salary, no recompense, no holidays, no pensions, but much hard work, a poor dwelling, few consolations, many disappointments, frequent sickness, a violent or lonely death,’” Daly recited.

Yet, these Irish sisters, and others that followed, answered the call and decided they would have faith in God who set the path before them, no matter how treacherous the journey. They were the first members of the Presentation Sisters in South Dakota, and the beginning of the foundation that has allowed the Sisters to influence education and healthcare to impact many generations.

As we reflect, remember to take time to practice discernment in order to understand your calling and to keep faith, even when the journey is tough. Like the hospitality the American Indians displayed, let us welcome our neighbors and show kindness to everyone we encounter.

“As these brave missionaries came from the mild temperate [climate] of the British Isles, and having little or no knowledge of this long, severe zero winter weather in the land of the ‘Dacotahs,’ all admitted that their privation and sufferings were light until grim winter appeared! When the Indians heard of their needs and sufferings, they came with blankets and fur skins and built a big fire in the hearth and another in a wigwam close by.” – Sister M. Benedict Murphy, taken from Presentation annals she wrote in 1921