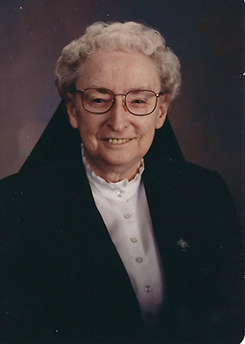 For 70 years, Sister Armella has joyfully devoted her life to those in need. She continued her love of learning and teaching by dedicating more than 50 years to education ministry, enriching the lives of thousands of elementary students in Humboldt, Madison, Harrisburg, Artesian, Sioux Falls, Milbank, Mitchell and Watertown, S.D., and Anoka, Minn.

After retiring from teaching, Sister served another 10 years at Avera Brady Memorial Home in Mitchell. In 2005, she moved to Aberdeen, where she shared her love of sewing and crafts. Sister Armella currently serves in prayer ministry and assists in service projects at the convent.

Sister credits her parents with fostering her vocation. Through their faithfulness, they set an example of the importance of Mass, prayer and the love and respect they showed for the priests and sisters. 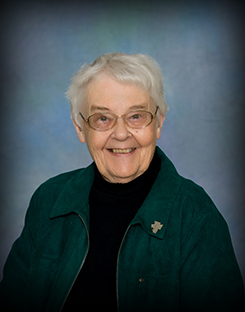 Sister Annrita (Mary Anne Rita) Johnson was born in McIntosh, S.D., and graduated from McIntosh Public School. She attended Presentation School of Nursing and Marquette University, Milwaukee, Wisc., where she received a bachelor’s in nursing. She went on to receive a master’s in nursing from St. Louis University, St. Louis, Mo., and post-graduate work at the University of Utah.

For 25 years, Sister Annrita taught nursing at Presentation School of Nursing and Presentation College. She served on the congregational leadership team from 1974 to 1978 and then became the director of Home Health Agency in New Mexico. She, along with Sister Corita Dickinson, founded Barrett House, a shelter for homeless women and children, a halfway home for older mentally ill women and a thrift store located in Albuquerque, N.M. This ministry has expanded and is still in operation today.

She also ministered at a retreat center in Albuquerque and on the Pine Ridge Reservation. Sister volunteered at Avera McKennan’s information desk prior to retiring to Presentation Convent in 2008. She is grateful that she has been able to follow the Congregation’s charism as she has responded to the needs of the poor. 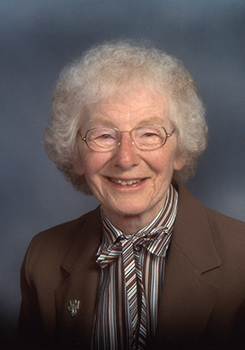 Sister Mary Aileen (Mary DePaul) Huettl was born in Britton, S.D. She attended rural school and graduated from Central High School, Aberdeen, S.D. She received her nursing diploma from Presentation School of Nursing, Aberdeen. She went on to earn her bachelor’s in nursing from Marquette University, Milwaukee, Wisc., and a master’s in social work from The Catholic University of America, Washington, D.C.

In 2003, Sister Mary Aileen moved back to Presentation Convent where she enjoyed walking, reading and puzzles. She is currently fully retired at the convent.