As with so many celebrations and events during this unprecedented year, the 2020 jubilee celebration that Sisters of the Presentation, San Francisco, had planned to commemorate the four remarkable sisters reaching milestones was postponed. We still honor and are thankful for their years of ministry, friendship and religious life. Please join us in recognizing Sister Patricia Reinhart’s golden jubilee from entrance, August 24, 1970; Sister Margaret Webster’s jubilee of grace from entrance, January 5, 1950; Sister Janet Harris’ jubilee of grace from profession, April 10, 1950; and Sister Bernard Joseph George’s jubilee of grace from profession, July 15, 1950. 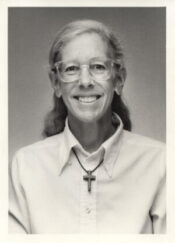 When I mentioned writing about “celebrating a jubilee during the pandemic” to a friend, her immediate response was, “That’s easy … you don’t!”  Perhaps, instead, this can be a moment to celebrate other challenges met during these 50 years.   I recall…

Each of us can make her own list of challenges met.  May we soon add COVID-19! 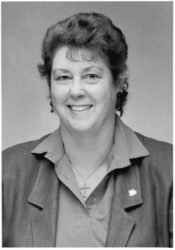 Sister Margaret Webster, was born on July 9, 1932. She attended and graduated from the Academy of the Presentation in San Francisco in 1950. That same year, on January 5, 1950, she entered Presentation Convent. On August 16, 1952, she made her first vows and entered a new phase of her life. For 26 years she taught every level of elementary school from second to eighth grade, and, for a time, served as a high school counselor and religion teacher. From 1970 to 1977, she worked with the Daughters of Mary and Joseph as a weekend volunteer at their retreat house in Palos Verdes. This was a milestone in Sister Margaret’s life because it gave her the opportunity to meet members of their community from every continent, which broadened her outlook and gave her a world perspective previously unknown.

In July 1977, the Claretian treasurer asked her to work with Father John Hampsch, CMF, in forming their tape and book ministry. She remained in that ministry until her retirement to the motherhouse in the 2010s. Speaking of that opportunity in the past, Sister Margaret has stated “it opened doors and gave me opportunities I never dreamed possible. It enabled me to meet people from all walks of life whose spirituality and love of God have inspired and encouraged me. Because of Father Hampsch’s itinerant ministry, I traveled to far away places I never thought I would see. For all that has been and all that is to come, I say thank you to the congregation of the Sisters of the Presentation of the Blessed Virgin Mary that has given me the freedom to experience life in such rich and fulfilling ways.” 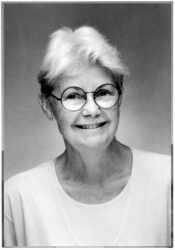 In the early ’70s, while Sister Janet Harris was teaching in downtown Los Angeles, she allowed neighborhood gangs to use the school’s playing fields every Saturday. Her interactions with the teenagers profoundly changed the direction of her life and her ministry.

In speaking with Maureen Orth for the article titled “Not Your Average Nun,” which appeared in the May 2007 issue of O Magazine, she recounted an incredible story from that time that demonstrated her commitment to those kids and her desire to understand and help them.

“Another time, she said, “the police were putting terrible pressure on me to tell them what I knew about a gang crime.” She refused and was arrested, thereby demonstrating her loyalty to the gang members and shaming the kids into telling what they knew so she could be released: “I knew my willingness to go to jail would be the catalyst to get the kids to talk,” she said. “I got a lot of mileage out of that, believe me. It was not an impulsive decision.”

In the late 1970s, Sister Janet was offered a job as a counselor to gangs by the Los Angeles County Probation Board. That job eventually led her to serve as head of the Detention Ministry for the Diocese of San Bernardino in the 1980s and 1990s, and, later, as Catholic chaplain at Central Juvenile Hall in Los Angeles, where she worked closely with incarcerated youth. Recognizing the inherent dignity and potential of every young person, who to her disgust were too often tried as adults and given lengthy and, even, life sentences, she doggedly pursued a belief in the transformative power of the arts, her own life being profoundly changed after art had led her to God at a young age.

In 1997, she, along with a group of professional writers, started the “Inside Out” Writing Program. With the help of dedicated probation and school staff, the program soon became a vehicle of change that continues today with many young offenders discovering a talent for expressing themselves through poetry, essays, songs and plays.

In that same O Magazine article, Javier Stauring, who took over Sister Janet’s role as Central Juvenile Hall’s chaplain, stated, “Sister Janet has a preferential love for the marginal, and one of her most powerful qualities is her yearning for justice, for the right things to happen.” Now retired to the motherhouse, that love and yearning remain unchanged and, although unable to actively participate due to the pandemic, Sister Janet must only be heartened to see so many marching to finally help make the right things happen 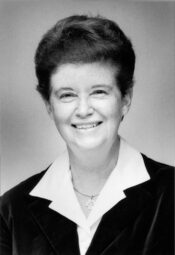 Sister Bernard Joseph George was born in San Francisco in 1930. She graduated from Presentation High School in San Francisco in 1948, and entered Presentation Convent on January 5, 1948. She made her first profession of vows, July 15, 1950. Her first of what would be many teaching assignments was at Saint Anne Elementary school where she had a class of fifty-four second grade boys. Over the next several years, she went on to teach in a myriad of Presentation schools in San Jose, Los Angeles, San Pedro, Montebello, Menlo Park and San Francisco. She also served as the superior and principal of Nativity School in Menlo Park, principal at Saint John Vianney School in San Jose, and administrator of the motherhouse in San Francisco.

In subsequent years, she became director, first of the Retired Senior Volunteer Program, then of Senior Services of North San Mateo County through Catholic Social Services. She then went on to serve as director of senior services for the YWCA in San Francisco and religious education coordinator at Mater Dolorosa School in South San Francisco. Because she was working on the Peninsula, she asked for hospitality with the Sisters of the Presentation of the Union in Saint Roberts Convent and remained there until she retired to the motherhouse. Of  her many years in ministry and the congregation she has said, “I have been richly blessed through the dedicated priests, brothers, sisters, and associates I have met and served with through these 70 years. So I say with the great Saint Paul, “I carry you all in my heart.”