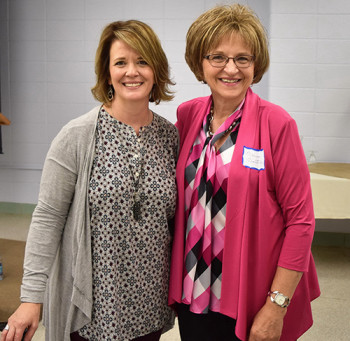 Three Sisters of the Presentation celebrated jubilees to mark significant milestones in their lives as women religious at a community celebration on Sunday, April 29, 2018, at the Presentation motherhouse in San Francisco. Sisters Giovanna Campanella, Antoinette Martinez and Gemma Wilson are each celebrating 60 years in the congregation.

Not partaking in any public celebrations but marking her 70th jubilee is Sister Mary Ruth Patrick.

Sister Gemma Wilson (religious name Sister Patricia) is celebrating 60 years since her first vows. Sister Gemma has a bachelor’s in education from the University of San Francisco. Sister Gemma taught in Catholic schools for 13 years in San Jose, San Francisco, San Lorenzo, Berkeley and San Pedro. From 1959 to 1961, She taught at Saint John the Baptist, San Lorenzo. From 1961 to 1963, she taught at Most Holy Trinity School in San Pedro in Southern California. From 1964 to 1965, she was an instructor at Saint Joseph Elementary, Berkeley. From 1968 to 1971, Sister Gemma taught at Saint Patrick School in San Jose. In 1971, Sister Gemma attended San Jose City College and she received an associate degree in nursing. From 1973 to 1990, Sister Gemma became a staff nurse at San Jose Hospital. In 1990, she left hospital work and became a nurse in a doctor’s office in San Jose for ten years. From 2002 to 2017, she was an instructional aide at Saint John Vianney School, San Jose. For many years, Sister Gemma trained guide and obedience dogs. Presently, Sister Gemma visits nursing homes with her therapy dog Finn.